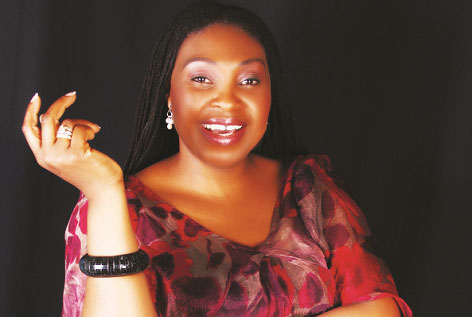 Dobsonville, Soweto, 1965: a child is born to Puti and Sophie Machaka, The Machakas had three girls: Doreen, Refiloe, and Yvonne Ntombizodwa Moloko Machaka.

Today she is known as the Princess of Africa, performing artist, entrepreneur, and humanitarian Yvonne Chaka Chaka.

Yvonne’s life, from the beginning of her meteoric rise in 1985 as a music star of infectious pop melodies and dance music during the height of apartheid, the daughter of Puti and Sophie Machaka, a mother to four boys, entrepreneur, businesswoman, and now a philanthropist with the recently established Princess of Africa Foundation (2007).

The power of numbers has always played a strong role in Yvonne’s ingenious and artistic career. In Chinese tradition the number 18 indicates one is going to prosper. In Hebrew the number 18 is a blessing for long life. It is also the day in March that she was born. The ancient Greeks studied the number 28 and determined it had powerful properties. It is called a perfect number in mathematics because this number equals the sum of all its factors. In many ways these numbers serve to describe who Yvonne has become. The 28th is the day in March that she gave birth to her first child, and sadly, the day in April that her mother died.

Yvonne’s personal messages are woven throughout every song she’s written. With musical beats that span afro-traditional to a world sound imbedded into several tracks, the power of the music equals the power of Yvonne’s clear social and spiritual advice to her audience.

The public loves Yvonne. Her inimitable and distinctive alto voice is as warm as she is personable and gracious to her audiences.

Yvonne states emphatically, “I love performing for my audiences.” Her music awards include the SAMA, KORA, OKTV, Autumn Harvest, and a host of others for musical excellence. Acknowledgments from an appreciative music industry are reflected in the platinum, gold, and silver hit records proudly hanging in the reception room of her studio: From her debut single I am in love with the DJ, I am Burning Up, I Cry for Freedom, Makoti, Motherland, Be Proud To Be African, Thank You Mr. DJ, Bombani, and Umqombothi (featured in the opening scene of the 2005 movie Hotel Rwanda) and 1828, the list is almost endless. 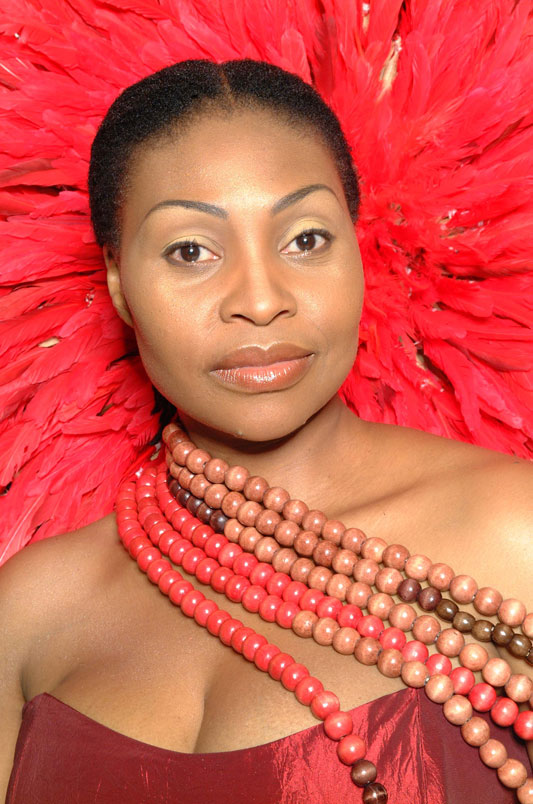 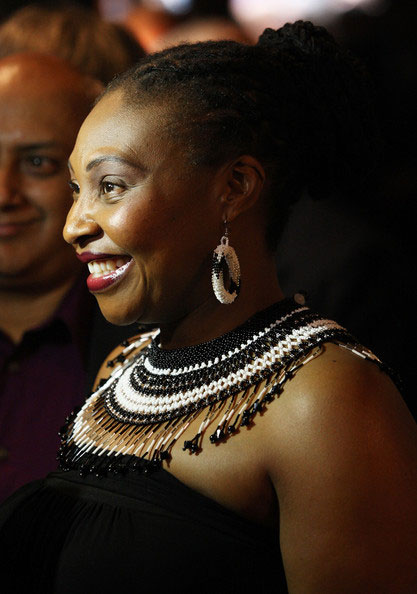 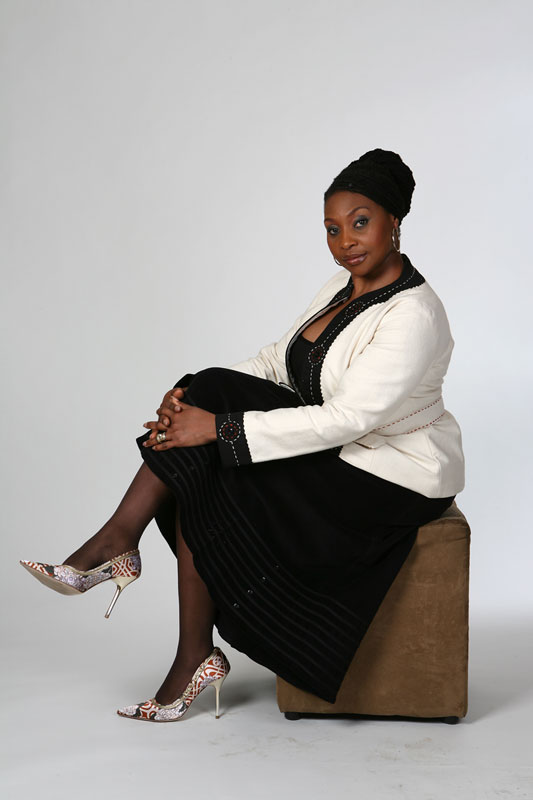 As a young performer Yvonne was the first black child to appear on South African television, in 1981. Since then she has consistently developed her creative capabilities and expanded her media repertoire to include musician, record producer, talk radio and television shows, and acting in several South African television dramas. In 2009 Yvonne went on to shot her debut feature film, FOREIGN DEMOS, in which she plays the Lead role as JOSEPHINE. There seems to be no end to Yvonne’s talents. Yvonne has met many luminaries in her illustrious career; she says her favourite is mentor and father figure, Nelson Mandela. He called her his “dear daughter.” “Madiba” as he is affectionately known, recounted that it was Yvonne’s music that helped sustain him, and others, while confined as prisoners on Robben Island. He said, “It is what we make of what we have, not what we are given, that separates one person from another. Yvonne, you are a testament to my belief. You have made all of South Africa proud to claim you as a national icon. You have motivated millions of women and men on our continent. Your generosity has benefited untold numbers of families and orphans facing the challenges of AIDS, terminal illness, abuse, poverty, and illiteracy. I know you will always make your indelible mark wherever you go, and with whatever you do. There is no stopping you! You will always be my Princess of Africa.”

In the twenty-five years of her career, Yvonne has graced the covers of more magazines than many other African icons, illustrating the consistency of her popularity. Writer Heather Dugmore stated, “Yvonne Chaka Chaka has a feminine power, a life force that is tangible with that “It” factor of great stars like Marilyn Monroe.”

Yvonne recognized early in her career that fame could be fleeting. In 1989 she created her own company, Chaka Chaka Promotions. In 1995 she created her own music label, Chaka Chaka Music. Since then every album Yvonne has released has been on her own label. She has two diplomas from the University of South Africa, one in adult education, another in local government  management and administration .She also studied Business Management through UNISA  also studied speech and drama at Trinity College, London . Voted the “most credible celebrity” in South Africa, she became the face of South Africa’s First National Bank (FNB) in 2001. Her business ventures include companies in the Information Technology sector; Human Resource Development, focused on adult training; and Sandown Motors, a luxury motor vehicle retailer. Yvonne’s energy and enthusiasm is boundless. She has become a hero and mentor to others, a willing warrior and agent for change on a global scale. Considered a role model throughout the African continent, she has demonstrated compassion for others throughout her career. Yvonne has taught literacy, promoted the rights of women, and never stopped to work to protect children everywhere. As UNICEF’s Goodwill Ambassador against malaria, and also Ambassador for Roll-Back Malaria (sponsored by the World Bank, United Nations, World Health Organization, and other institutions), Yvonne tirelessly campaigns for medications and bed nets that will help to end malaria — a preventable and curable disease that kills 3,000 people in Africa every day. Inspired by these statistics she created her own charity, the Princess of Africa Foundation. Yvonne says, “We want to raise awareness and take initiative to eradicate this needless disease. People need to know more about malaria because it kills almost one million Africans a year, most of them children.”

Yvonne has also served as Ambassador for the University of South Africa (UNISA); City of Johannesburg Tourism, and Nelson Mandela’s 46664 Campaign. Yvonne embraces the belief that every citizen should play a part in building community, so when she was asked to become an honorary Colonel in the South Africa Air Force, she didn’t hesitate. Her duties include team-building and attaining excellence in communication. In 2001 Yvonne was named one of the Top 100 Heroes of South Africa by the Star Newspaper. Despite a travel schedule that keeps her on the road much of the time, Yvonne continues to make time to motivate, inspire, and educate everyone she meets. And she says “I am always ready to learn from others.”

Her continual efforts to raise donor monies from various African governments, the Global Fund, the World Bank, and the Gates Foundation ensure that those who need help the most will get it. Of the many awards and accolades she’s earned, Yvonne says that being the recipient of the Rotary Paul Harris Fellowship Award, established in 1957, was a great honour. “This award of excellence is such a distinction. I realize that it is through the efforts of others, who walked this path before me, that I am able to follow in their footsteps to help others. It is a privilege to serve my communities and make the world a better place for all our children. Yvonne’s numerous accomplishments, and endurance in a demanding industry, can be attributed to an indomitable will and a childhood guided by the strength of her mother, Sophie Machaka. A domestic worker with only a Standard 6 education, Yvonne’s mother was a life-long teacher to all who knew her. She was Yvonne’s first mentor and gave her the gift of character. Yvonne says, “I know what it is like to sleep without food. I know what is like not to have. My mum taught me that when you die you are never going to take anything with you. So when I have, I share with others.”

Honesty, generosity, gratitude, faith, responsibility, and moral integrity are all virtues Yvonne’s mother taught her. Yvonne recalls, “My mother was always there for me. She was a young widow who raised three daughters single-handedly on a domestic worker’s salary. That took great courage and strength. When I was born in 1965 in Soweto, it was during apartheid, and those were extremely difficult times. When I was little I would strum an empty tin and blow into a broomstick pretending it was a microphone. I sang in church choirs. I loved singing.” Yvonne remembers her father, “He was a great musician who could never realize his dream. He died when I was 11 years old. I inherited my talent from my father, so music is in my blood. I am blessed that I achieved what my father had not been able to accomplish.”

Yvonne is proud of her achievements, my son Themba (aka Chaka-Mingz), co-wrote and co-produced the album 18/28 with hit maker Philemon Madibe (aka Techno P). When asked about the experience he said, “Wow! It was amazing. It was a great learning curve for me because my mother is such a professional. Finding musical styles worthy of her talent was a challenge, but everything came together to create a product I’m very proud of.” Techno P says, “It was experience like no other. Having worked with many top artists in the industry was the preparation I needed to be able to work with the Princess of Africa. ”

Talent permeates the family with teenage sons Mfumu and Mandla already published writers on previous albums. Eldest son, Ningi, is a marketing professional who has organized Yvonne’s CD launch. The aspirations of these children are as lofty as their mother and father’s, and Tiny says of his wife, “It was instant love.” Yvonne says of Tiny, “He’s a very special man.”

Celebrated for her great beauty as much as her talent, Yvonne still meets every duty of family, shopping for groceries for her sizeable and extended family, ensuring meals are never late, and volunteering at school where her four sons have excelled in academics. Ever the mother and wife, Yvonne raises her children to understand that what is really important is what’s on the inside of a person. Grateful that she understood early that her gift was her voice; she did not realize it would become far more powerful than she could have dreamed. Today, the voice of Yvonne Chaka Chaka has also become the voice for untold others who suffer injustice and disease. Her wisdom and insight, combined with common sense and good judgment, have become evident in the dignity, poise, and courage she radiates.

It is said that the only way to have a friend is to be one, and the Princess of Africa lives this credo. She has embraced an array of people from every walk of life, and her friendships span the globe. The diversity, and quality, of Yvonne’s relationships are like her music — different notes blending together to create the perfect sound. This belief in the human family is at the core of her beliefs, “I would love for all people to be equal in the world and just to know that God loves us all.”

Those who are closest to Yvonne recognise that she exudes a wisdom that flows from the highest source. Yvonne is a dramatic example of the power of one. Passionate about changing her world, she works ceaselessly to build a better future for Africa. A non-drinker and non-smoker, Yvonne maintains strong spiritual connections.

Her philosophy is, “When we are born we come with nothing. And when we die, we die with nothing.  ‘God thank you for the life that you have given me.  I love life, and I live it to the fullest.’”

“We are the instruments of Heaven. Our work is not design, but destiny.” African icon Yvonne Chaka Chaka is living her destiny, and those who understand her message are enriched by it. Thank you for walking with me; it’s been A LONG WALK. I AM BECAUSE YOU ARE.  THIS IS MY MOTHERLAND ………………THANK YOU