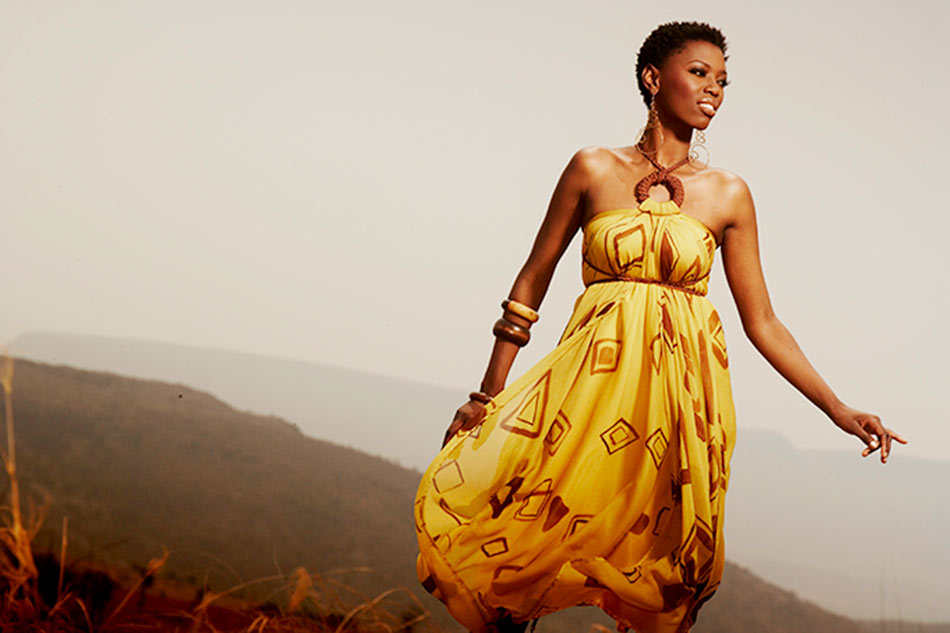 Elegant. Soulful. Radiant. Few words come close to describing the rich, silky sound of South Africa’s preeminent female vocalist of the 21st century, LIRA. Since embarking on her incomparable career nearly a decade ago, LIRA has blazed an astonishing trail of accomplishments that few artists in the history of the entire continent can lay claim to.

While she gracefully follows in the footsteps of giants such as the late Miriam Makeba and the legendary Letta Mbulu, LIRA has brazenly carved her own musical niche with her self-described Afro-soul sound – a musical mélange as refreshing as a summer breeze. Her flawless dossier boasts a multitude of South African Music Awards (SAMAs), MTV African Awards, MOJO Awards, Glamour Magazine’s Woman of the Year, fashion and lifestyle magazine covers, and platinum albums, all of which have left an indelible impression on Africa-at-large. 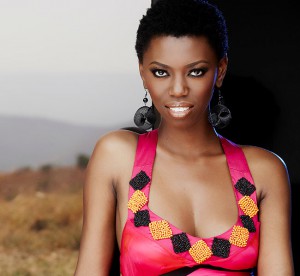 Growing up in the Daveyton township in Johannesburg’s East Rand, LIRA’s world was shaped by the harsh realities of South Africa’s formerly ubiquitous racial and socioeconomic arbiter: apartheid. “There were subtleties in our environment that bred a sense of helplessness and desperation,” she says.
“Very often, the environment taught us that we couldn’t go very far. It was very limiting.” However, the sociopolitical constraints leveled at her generation did little to inhibit the urbane aspirations and dampen their resilient spirit of transcendence. “We became very integrated with not only other black cultures, but people of all backgrounds. This made us thirsty to integrate into the world. My generation was the first to break free of our mental limitations and physical boundaries and set ourselves free in a true sense. It celebrates the human spirit, which can never be caged completely. A person can put you in a cage and hurt you, but they can’t touch your spirit and your mind.”

To say that LIRA, reared on a steady diet of American soul luminaries such as Stevie Wonder, Aretha Franklin, and Nina Simone, felt out of place at the diminutive label would be a gross understatement. But rather than mope, the headstrong songstress took action. The result was LIRA’s 2003 debut album ALL MY LOVE. Upon its release, the album began making waves on the South African music scene. The title track quickly became the most played South African song at radio, eventually earning the grand distinction of dethroning an international superstar Beyonce from the top spot.

LIRA soon inked a deal with Sony Africa – resulting in the release of her 2006 sophomore album FEEL GOOD. The album immediately began to set South Africa ablaze. Continuing her already distinguished legacy of firsts, FEEL GOOD earned LIRA her first SAMA. In addition, the music video for the title track was the first ever by a South African artist to be aired on VH-1. Whether by kismet or die-hard work ethic, it looked as if her metamorphosis from musical ingénue to national sensation had begun.

In 2008, she released her third full length SOUL IN MIND. No sooner than the album hit stores, the critical acclaim began to crescendo like rolling thunder. SOUL IN MIND went on to set a SAMA record the following May for most awards won in a single year (4) by a single artist: best remix, best adult contemporary album, album of the Year, and female artist of the year. In addition, Glamour Magazine South Africa voted LIRA Woman of the Year in 2008.

In 2009, LIRA began assembling the makings of her most ambitious venture yet: a live DVD. Filmed before a live audience at the plush Carnival City Casino, the production employed 10 RED digital video cameras, a record for any single production in the world. Released that same year, LIRA LIVE IN CONCERT: A CELEBRATION would become yet another major landmark in her marvel of a career. While the soundtrack would become LIRA’s fourth platinum album certification, the DVD became the first Blu-Ray music DVD release issued in the entire continent. After nine million South Africans tuned into the concert’s subsequent telecast, the DVD went on to secure a triple platinum certification becoming the country’s fastest and highest selling music videodisc. This alone earned LIRA the distinction of supplanting yet another international diva’s reign at the top: Celine Dion.

After being awarded a best female artist SAMA for her live album the following year, LIRA was accorded with the outstanding and unprecedented achievement of being the only female artist to have won the award two consecutive years in a row. Closing out a year of touring and readying her first batch of new material in two years, she unveiled the silky and spiritual RETURN TO LOVE in January of 2011. The stunning 11-track set found LIRA in her absolute finest hour as a songwriter and vocalist. RETURN TO LOVE is a glowing testament to her immense growth, eschewing poignancy and despair for lyrics replete with hope, love, and a profound sense of interconnectedness. She further expanded her artistic palate by making her cinematic debut as the support lead in the Antonio Falduto directed drama, THE ITALIAN CONSULATE. In June 2011, the film premiered at the Taormina Film Festival in Italy where the songstress was only the second African vocalist to grace the Teatro Del Greco stage since Miriam Makeba.

In the summer of 2010, LIRA joined a line up of stellar artists that included Alicia Keys, Shakira, and John Legend, performing a rousing rendition of “Pata Pata,” a hit song originally recorded by the late Miriam Makeba at the FIFA World Cup Kick-Off Concert. Later that summer, LIRA was also selected to take part in the 92nd birthday celebration of former South African president Nelson Mandela. Telecast live in 3D, her performance of the popular Labi Siffre anti-apartheid tune and Mandela favorite “(Something Inside) So
Strong” with the Soweto Spiritual Singers proved to be one of the most stunning live vocal performances in her career to date.

In the midst of an exciting world tour, LIRA released a five-track EP, serving as her introduction to American audiences. THE LIRA EP, a breathtaking collection of tunes culled from her amazing catalog, sits comfortably in the company of grooves by the likes of Lizz Wright, Sade, and Maxwell. The EP will serve as a delectable audio appetizer for LIRA’s full-length 14-track American LP Feel Good in early 2012. The EP features stunning live versions of “Feel Good” and “Rise Again,” as well as three exclusive tracks not contained on upcoming LP including “Dance Of Life,” “Crush,” and “Ngiyabonga.”

Described as “a fervent request to one’s self to feel the joy of the day,” “Feel Good” saunters with a silky confidence that opens into a vamp brighter than the morning sun. A polyglot with five languages under her belt, LIRA gives thanks and praise on the gratitude-filled “Ngiyabonga” (which means thank you in Zulu) sung completely in one of her many native tongues. The Spanish guitar driven “Rise Again” is an ardent lyrical testament to the triumphs of the remarkably resilient human spirit in the face of obstacles and seemingly insurmountable odds. With that said, it shouldn’t be long before LIRA’s mesmerizing sonic creations begin to impact radio play lists and sales charts.

As part of a new cadre of African artists making waves stateside such as K’Naan, Nneka and Blitz The Ambassador, LIRA sees herself as an ambassador of the new Africa: a land where, despite a recent history filled with obstacles, a future brimming with infinite possibilities lies. “We’re proud of being African, but there’s also a desire to be a part of the world. Part of the way we can raise the consciousness back home is when people see us rise on the world stage. Then they’ll feel like they have the permission to rise. That’s the responsibility that our generation has burdened ourselves with. But we don’t do it for the individual, we do it for the entire group. It’s about who we can pull up in the process.”

LIRA has also added brand ambassador to her impressive resume, with appearances in major ad campaigns. But she has yet to take her eyes off one of the main objective: to conquer the world with Afro-soul. An urbane, sophisticated genre described as “a fusion of soul music, elements of jazz, funk, and African languages,” Now, after eight years of triumphant transcendence, prestigious accolades, and record-breaking milestones in her homeland, LIRA is poised to take America by storm. Taking into consideration her bubbly self-assuredness, unique vocal talent, and her patented Afro-soul sound, it’s hard to see how the world-at-large will be able to effectively resist the musical prowess of LIRA.