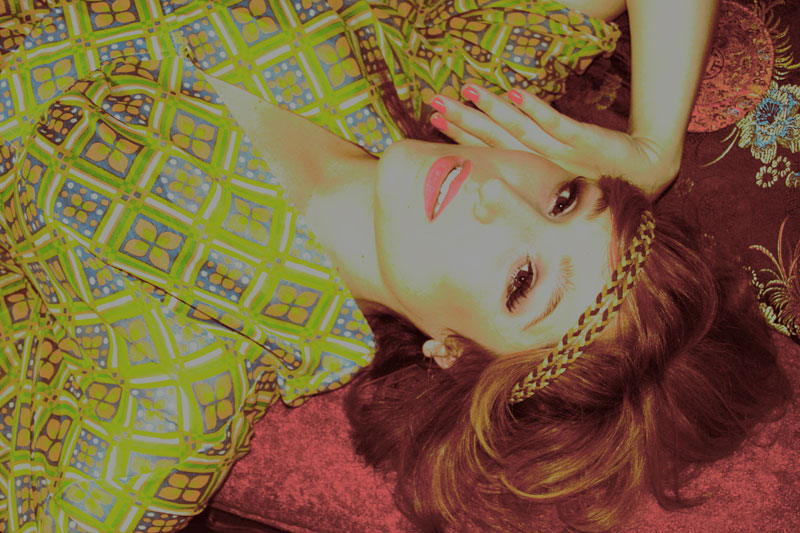 Born in Belgium of an Italian father and South African mother, Tamara Dey first burst onto the music scene in 2000.

Dubbed the First Lady of Kwaito, an icon of township pop, & ‘The First Lady of Song’ (Sunday Times), Tamara Dey was discovered by DJ Pepsi who introduced her to Bruce Sebitlo and Oscar Mdlongwa (DJ Oscar of YFM radio) of Brothers of Peace. The result was a collaboration, which produced the chart-topping Thathi ‘Mphahlayakho and launched her career.

Her collaboration with BOP on this track saw her travel the width & breadth of South Africa on the Sony Summer Sounds Tour 2000, with BOP and a group of 60 artists including the likes of Mandla Spikiri’s Trompies and Mafikizolo. The track was nominated for three SA Music Awards in early 2001.

Tamara has managed to cross all cultural, age & language barriers. She has unassumingly been recognized as one of the few SA artists contributing towards bridging the gap between all cultures, ages & races. With 11 official languages in SA, Tamara’s music has been described as the ‘unofficial language’; celebrating the heart & soul of South Africa. 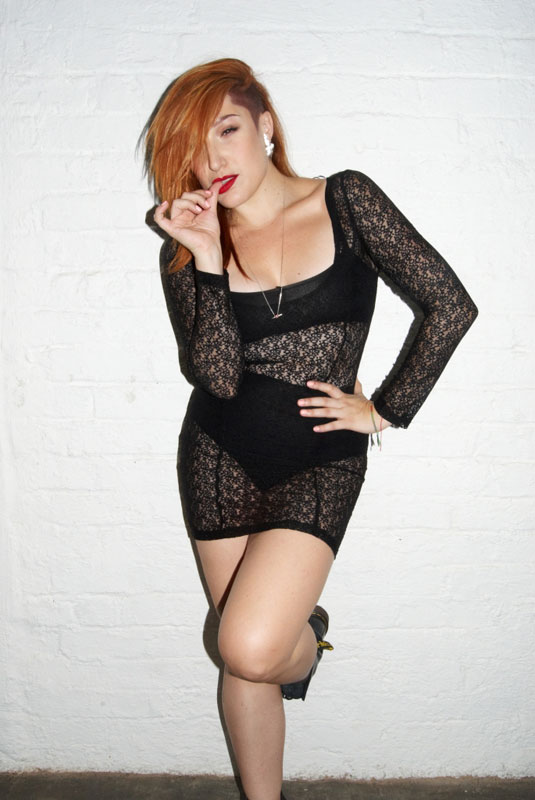 2001
August 2001 saw the debut release of EP ‘The First Lady’, a five-track collection of some of the hottest talent in the local dance scene, including collaborations with Thembi Seete, Lebo Mathosa & Thandiswa Mazwai.

In huge demand at Fashion Shows, TV shows, for club & corporate performances, one of the highlights of 2001 was her performance at the most talked about launch of the new mobile network provider, Cell C, where two of her own tracks were adapted for this massive production.

She was also nominated for:
–‘Best Female Artist Of The Year award’ at the Metro FM awards, up against Lebo Mathosa and Brenda Fassie,
–‘Most Stylish Female Singer in a Music Video’ at the Elle Magazine Style awards.

Some of the shows Tamara performed at included The SABC Celebrity Road show, The Rand Show, The Cell C Loerie awards and The Smirnoff Experience alongside ‘Masters At Work’, Jazzy Jeff and Barbara Tucker.

2003
In September of 2003, Tamara released her 2nd album entitled ‘The First Lady & The Boys,’ The Boys being the producers behind the scenes. Whilst the spotlight is always placed on the artist, with this release, Tamara shifted focus & recognised the importance of the ‘producer/s (The Boys), the very people that make an album happen.

With The First Lady And The Boys; Tamara hooked up with some of South Africa’s top producers to create a hot new dance CD filled with jazz, pop, rock, funk and Kwaito influences.

Tamara was invited to Egypt alongside Mandoza by the Egyptian embassy in collaboration with the South African government, where during a whirlwind tour they experienced the best of Egyptian tourism.  Their tour was flighted on national TV.

Not one to miss an opportunity, Tamara offered an impromptu performance with a local Egyptian band for their hosts, the Egyptian Tourist Office and the SA Ambassador to Egypt.

This led to her being invited back to Egypt to perform at the closing ceremony at the Cairo International Music festival. Other gigs; Vodacom 4U Campus tours, Presidents Cup & opening for Beyoncé …. to name but a few, were memorable moments of 2003.

But the big ‘Bling Bling’ of 2003 was Tamara being selected by De Beers Diamond Company to represent their ‘Shining Lights’ collection:
Drenched in diamonds on top of a building in the Johannesburg inner city Tamara shot the video for the house track S‘Groovy Baby’, sponsored by De Beers Diamonds. The video was premiered at a suitably glamorous occasion: Cape Town Fashion Week in August. This wonderful relationship with De Beers continues into 2004.

2004
Embodying our potential for cultural fusion, without compromise, Tamara makes the ‘D List’ for 2004’s South African Design Indaba.
“More aspirational than the A-list…
Better dressed than the B-list….
More cultured than the C list…
The D-list-South Africa’s most Desirable.”

* Tamara’s new dance track, Summer Movin’, is released by Gallo on their Monster Hits 2004 Vol.2 album to great acclaim and claims its place for many weeks on the charts.

In perhaps the most exciting event of 2004, Tamara was selected to open for Latin hero Enrique Iglesias during his SA National Tour. (Vodacom and 5fm Music, supporting Unite Against Hunger.) Enrique, the biggest selling Spanish language artist in the world has enjoyed world-wide sales of over 30 million records, 5 American Music Awards, 2 Grammy’s, 2 Billboard Music Awards, a World Music Award and more!

Amongst many other exciting appearances in 2004, Tamara also performed across the continent and abroad in countries such as Nigeria, Tanzania, Swaziland & Mauritius (Coca Cola Collaboration.)

Tamara joined the A-list at Louis Vuitton’s high profile, high fashion launch of their first LV store in South Africa at The Saxon, both entertaining the guests during the 5-star dinner with a blend of jazz followed by her upbeat funky dance sounds, and sporting Louis Vuitton’s latest fashion wear.

Tamara hit’s 2005 with a big bang, bringing in the New Year with her partners, DJs Ryan Dent & Craig Massiv, under the guise of their new dance outfit Flash Republic at an awesome New Year’s Eve party sponsored by 5fm and including international club syndicate PASHA (Ibiza) at The Castle, Cape Town.

Tamara spent most of the first 6 months of 2005 either in studio or on the road at various venues all over the country with Flash Republic.

Flash Republic embarked on a successful tour to Europe in the middle half of 2005.  They spent July and August entertaining the crowds with what can only be described as some of the best South African dance tunes at the summer music festivals in Holland. Highlights include Flash Republic’s appearances at the:

In between her commitments to Flash Republic, Tamara has continued to perform at various corporate events whilst making television appearances on programmes such as “Dis Hoe Dit Is met Steve” – again illustrating her incredible versatility and “Rainbow” following.

* Flash Republic released their first album ‘Time is now’ and their first single ‘Emergency’ hit’s no1 on Christmas day.

Tamara finished off 2005 with a Flash Republic tour of Cape Town and its thriving club circuit.

Tamara and Flash Republic are asked to open for Fat boy slim and also share the stage with Audio Bullies and Stereo MC’s on a national tour of S.A

Flash Republic perform at the closing parties of both Cape Town and J’oburg Fashion Week.

Flash Republic perform at Heat hot 100, sports illustrated parties and Tamara Performs on both nights of the S.A TV and advertising Awards.

The year begun with great enthusiasm and there are great expectations for Miss Dey, with the her working on her much anticipated  2nd album release with Flash Republic and third solo project.

Tamara also enjoyed another successful year with Flash Republic. Their latest release “gave it up for music” received massive airplay reaching no6 on the charts and they were invited back on to the set of strictly come dancing to perform it live for the country.

The year ended with another country wide club tour for Flash Republic and a massive performance for virgin mobile New Years bash at the gold museum in Cape Town.

Tamara Started 2008 of with a bang receiving rave reviews for her performance as Magenta in the Victory Theatre’s production of The Rocky Horror and was honoured to be invited to perform “Science Fiction” as the opening performance at the 2008 Naledi awards.

Tamara Finished the production in May and went on to focus on the finishing the recording of Flash Republic’s 2nd Album.

The end of 2008 see’s Flash Republic release their 2nd album “Danger” and while their first single “shut it” steams up local airwaves the Prok n’ Fich Remix of their single ‘Star’ fly’s to number 12 on the UK dance charts.

There was major excitement in the air as 2009 begins. Flash Republic’s latest Album “Danger” recieved top reviews in SL Magazine, Heat and the Star tonight.

Tamara is invited to present the award for Best Group at the MK awards.

Flash Republics ‘Twister’ is nominated for an MK music video award in the Neon category and Tamara’s Collaboration, ‘Knock knock”, with Martin Rocka and the Sick shop is also nominated in the Best Collab category.

They also embarked on a Successful tour of Dubai, London and Ireland

2010 turned out to be all about Flash Republic’s 3rd album “Killer moves”
After a successful 2009 December tour Flash Republic went straight into studio to start work on the project.

The album was released in September and received rave reviews in magazines such as
Heat, You magazine, FHM, BPM Mag and One small Seed.
Their first single “in the name of dance” was later nominated for an MK award in the category Best Neon.

This year also saw Flash Republic collaborate with local rock band, Foto na dans. Their track “Afrikaans” rocked out on local radio and went to No1 on the MK charts. Flash Republic and Fnd are invited to perform “Afrikaans” at the 2010 MK awards. “Afrikaans” was later nominated for an MK award in the Best Collab category for the 2011 MK awards.

Flash Republic played some awesome shows in 2010. Their most memorable were being on the line up for Oppikoppi, Bassment Jax, MCQP, Synergy festival and Rocking the Daisy’s. They were also invited to the Seychelles to perform for a Prince as well as being invited to open the show at the 2010 You Spectacular.

Tamara was selected as one of Glamour Magazines Women of the year as their “Lady of Rhythm” and her solo collaboration “Trippen” with International DJ/producer Stonebridge also steamed up local and international charts.

4 x SAMA17 nominations with Flash Republic Best Global Dance Album, Duo/Group of the year, Album of the year and Remix of the Year

January 2012 Flash Republic performed to a huge international audience in Abu Dhabi where they were invited to perform at a party welcoming the Round the World Yacht Race fleet at the end of the Cape Town to Abu Dhabi leg.

February Tamara was the final cover model of Cleo Magazine

In the past Flash Republic have performed at all of the major South African Outdoor Music Festivals incl. Joburg Day, KDay, Oppikoppie, MK By Die Dam, and Kirstenbosch, This year will see them repeating their appearances last year at KDay, The Mr Price Pro Surfing Festival in KZN and the Angels of Rock Music festival in Gauteng where they were the headline act.

Tamara’s life has become a whirlwind of TV appearances, MC’ing, radio and press interviews and live performances.  Never losing her good-natured composure, she remains soft-spoken, charming and beautiful. Currently involved with recording her solo album is set to be a bumper year for South Africa’s ‘First Lady of Song.’