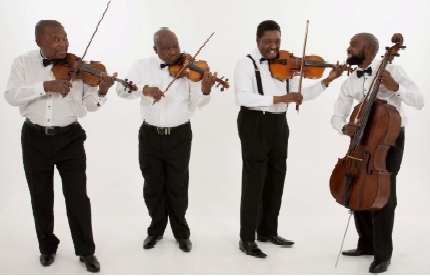 The Soweto String Quartet is a unique musical eruption of four African men, playing eighteenth century, classical,  musical instruments with the rich heartbeat of Africa resonating through their bodies and into their music.

The Soweto String Quartet’s music is composed of both contemporary and traditional repertoire, some original and some on loan from Africa’s rich treasury of musicality.

The Soweto String Quartet have impeccable qualifications and they portray the enduring spirit of Africa in their performances.

The Soweto String Quartet have been a permanent professional outfit since 1992, when their home country, South Africa was in the midst of dramatic change.

The founding members of The Soweto String Quartet, were three brothers (the late) Reuben Khemese (Cello) RIP, Sandile Khemese (Viola), Thami Khemese (Violin) and friend, Makhosini Mnguni (Violin), the project grew out of a Khemese family musical dynasty. The Khemese children had no choice but to thrive in their artistry, in spite of the racial exploitation that sought to hold them back. 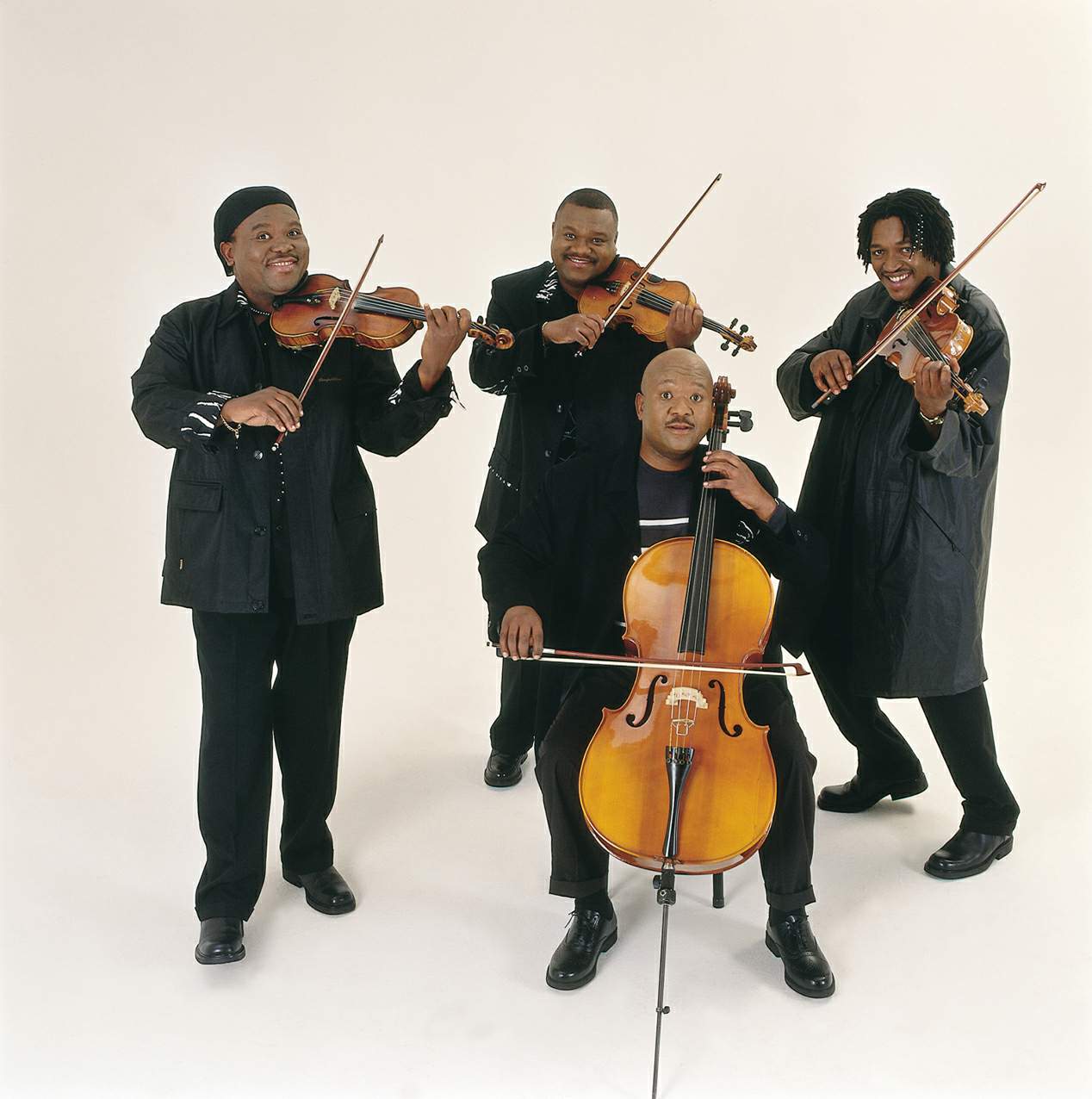 More on The Soweto String Quartet

The sons of a maestro conductor father and choralist mother, Sandile, Thami and Reuben were easily attracted to their uncle’s township music school. They soon switched from choral singing to playing violins for the Soweto Symphony Orchestra. Between 1980 and 1986, Sandile was in the UK where he pursued a music scholarship, which including four years at the Royal North College of Music in Manchester, once completed, he returned home to Soweto to teach everything he had learned to his brothers. After three years of sacrificing his violin playing while teaching traditional Marimba (African Xylophone) music, Sandile, his brothers and Makhosini decided it was time to regroup. For the next ten years, The Soweto Sting Quartet weathered the criticisms of peers who taunted them for playing ‘strange European instruments’. “Our agenda included encouraging the youth to master these so-called Eurocentric instruments,” says Sandile, “as well as improving the standard and appreciation of classical music in the townships.” Since the miraculous end of Apartheid and the birth of democracy in South Africa, The Soweto String Quartet has intensified its experimental unification of musical genres and instrumentation – including guitars, keyboards, brass and percussion into a musical expedition into the inner spaces of their cross-cultural experience.

Sandile Khemese (on what the effect of the changes which took place in South Africa were on the band): “The elections in 1994 turned everything around for us. Our first really important gig was actually at President Nelson Mandela‘s inauguration. That was very emotional, but it was also the turning point for our career. The President even started recommending us for all sorts of other jobs”