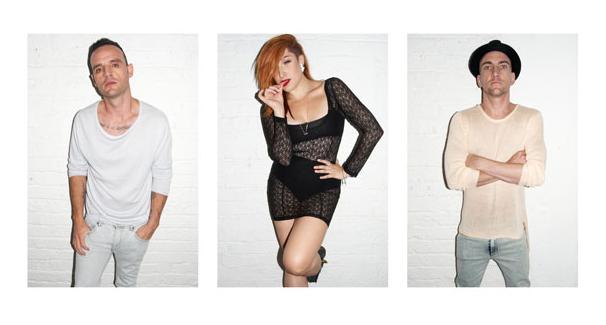 Since the release of its cracking debut, ‘Time Is Now’, South Africa’s Flash Republic has been fleshing out a musical vision that is only just hitting its considerable creative stride.

For many of its fans, the past five years have seen the trio hone a dance-driven sound that easily places it alongside similar top-drawer outfits around the globe. It’s a sonic approach that has also delivered a rack of chart-topping radio singles for the group (including last year’s monster hit ‘Twister’) and earned Flash Republic the attention of some of the dance world’s biggest-name remixers.

But increasingly over the past few years, Flash Republic has proved it’s unwilling to be constrained by any stringent genre boundaries in its effort to become one of the most exciting and boundary-pushing acts on the global music stage.

Those who have been lucky enough to be in the audience of a recent Flash Republic live show have seen how the group has expanded out of its founding core of Tamara Dey, Ryan Dent and Craig Massiv to include two scorching hot live musicians in the form of Martin Rocka (Martin Rocka & The Sick Shop) on guitar and Isaac Klawansky (Soft Serve, The Shadowclub) on drums. The result of the addition of these two skilled musicians is quite simply, jaw dropping.

“We can instantly see the reaction of the audience to the live five-piece,” says Massiv. “They are clearly blown away by the power of the electronica mixed with live guitar and drums and it’s really pushed us creatively on so many levels.”

The most obvious and fully-fledged example of these new creative heights has come with Flash Republic’s anticipated third album, released in 2010 and the follow-up to 2008’s ‘Danger’.

Working out of the Jazzworx Studio in Johannesburg, Flash Republic’s original songwriting trio of Dent, Massiv and Dey has now been augmented by Rocka – and the results of this newly invigorated writing team are already sounding superb.

Dent was quick to point out that the super-charged energy and confidence the group feels in its latest album and from the extended Flash Republic family doesn’t mean their previous albums weren’t up to scratch. “Every project that we have done has been completely honest and a real representation of where we were creatively at the time – and right for the scene,” he said.

There was an undeniable shimmer of anticipation in the Jazzworx Studio as Dent and Massiv have produced in “Killer Moves” what is bound to be seen as the standout album of 2010/11.

Importantly, the two producers (and still active DJ’s) have developed into heavyweights over the period and the impact of this is elevating the new material and the current live shows into something that’s – there’s simply no other word for it – world-class.

Sure, the global polish shone heavily on all Flash Republic’s singles – Robot’, ‘Emergency’, and ‘Gave It Up for Music’ off ‘Time Is Now’ and ‘Star’ and, the biggest of them all, ‘Twister’ off ‘Danger’ (a song that Dey says has become the benchmark for where to go in album three).

But what has emerged out of this time in the studio is a sound that’s refined, right across the spectrum: songwriting, production, performance and a striking originality are all perfectly in tune with each other.

It may seem incongruous to use the words organic and raw in relation to music that has its roots so solidly in dance, but they are especially apt in Flash Republic’s new material. And it’s not just courtesy of the live guitar and drums, as compelling as these two additions to the sound are. Indeed what’s maybe most striking about the new material is just how song-focused it is.

“You can play every one of the new songs on an acoustic guitar and you will immediately be able to identify it as a Flash song,” says Rocka, with no small measure of pride. “You know you are onto something special when you have a singer who learnt her trade in jazz and soul, two DJs and a rock musician in a studio and everyone is jumping up and down at the sound of a newly created song.”

Still, the set of songs that appear on ‘Flash Republic III’ 3 were kept firmly under wraps as they were lovingly coaxed to full strength by the group. But it would not be giving much away to say simply that what emerged in autumn 2010 is forward-striding pop that has the energy of early post-punk, the swagger of rock and the sheen of 21st century avant-dance.

For Dey, the expanded live act, the re-energized songwriting core, and the album are a gratifying reflection of how each individual member of Flash Republic has grown since its debut, and where the group currently locates itself in relation to the international music scene.

“Collectively we are in a really great space,” she confides. “Over the past five years we’ve had loads of experience on stage, we’ve traveled the country and overseas and we’ve absorbed everything that is going on around us and that can’t help but play into our creative process.”

In the end, what started out as a trio trying to find its place and sound in the music industry has now become something formidable: a band that has steered a hit-littered path through a tough domestic music scene, absorbing a myriad of influences along the way, and coming out the other end enormously creative and thrillingly ahead of the global music curve.

“Because we’ve had so much success on radio, some people have put us in this kind of cheesy, commercial box, which is so much not what we are,” says Dey. “There’s still a great deal of radio-friendly pop-dance sounds in our music – that is always a core part of who we are. But mixed in with that is an amazing group of individuals who are interesting and adventurous,
and I truly believe that “Killer Moves” will really seal the deal in bringing that home to people.” 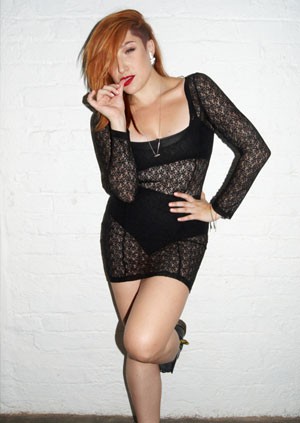 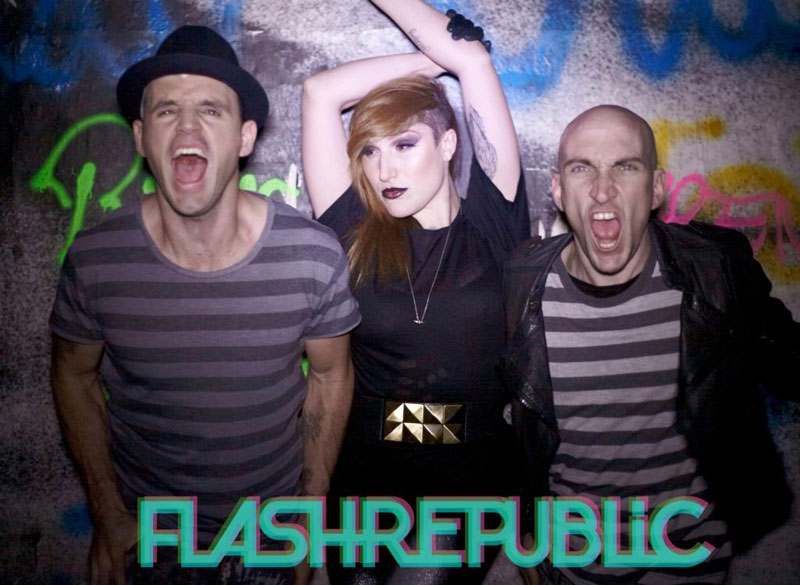 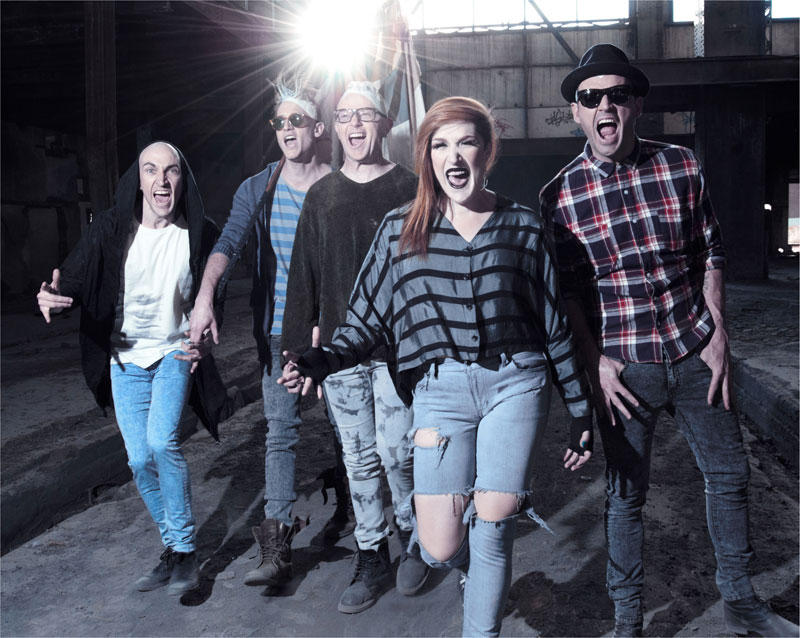 Flash Republic have performed at all of the major South African Outdoor Music Festivals incl. Joburg Day, KDay, Oppikoppie, MK By Die Dam, and Kirstenbosch, This year will see them repeating their appearances last year at KDay, The Mr Price Pro Surfing Festival in KZN and the Angels of Rock Music festival in Gauteng where they were the headline act.