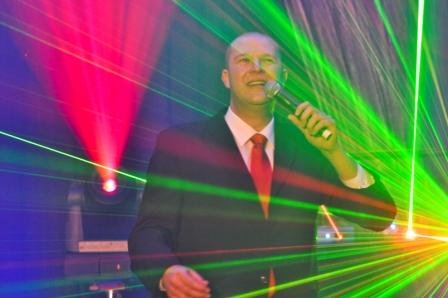 He hosted the South African Music Awards live on SABC 2 for two consecutive years and has headlined the Heavyweight Comedy Jam.

He was featured in the South African Comedy Festival in Hammersmith, the SA Heavyweight Jam in London’s West End and several comedy clubs in the UK. He has performed at corporate functions in Mauritius, Namibia and Swaziland.

Martin Jonas, who was discovered at South Africa’s original real comedy club, Hysterix in Johannesburg, has impressed audiences with his novel style and pertinent observational humour.

He is South African to his fingertips and was one of the few performers to receive a standing ovation at the inaugural Smirnoff Mule Comedy Festival at the Baxter Theatre in Cape Town.

Is he funny?  You better believe it!  But there is a striking depth and intelligence to his dialogue that leaves you feeling that he is destined for big things.

Martin’s brand of comedy can best be described as observational, from where he has been known to wonder off into some very surreal territory.

Martin Jonas has always pursued career in live entertainment and Stand-Up in particular as the most direct route to connecting with an audience, and a live audience will always let him know when something is really funny.

His impersonations of famous people are also a treat if there was a contest to impersonate Arch Bishop Emeritus Desmond Tutu, ‘The Arch’ himself would come second to Martin.

Martin Jonas’s novel style and insane observations about life in general and South Africa in particular has comedy fans screaming for more.
Delivered in English, Afrikaans, Tswana, Sotho and a smattering of Zulu, he appeals to audiences across the board.

As a clever and topical comedian, he’s a firm favourite in the corporate market as both entertainer and as an MC. To liven up a dull crowd, you just can’t do better than the down to earth Martin Jonas.

“funny in any language” – London Times